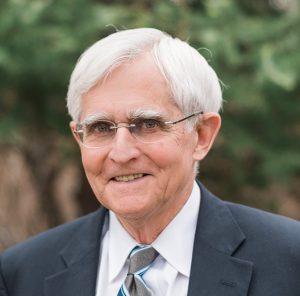 Prior to beginning his political career, Willis Whichard was in private practice in Durham for many years. During that period, he acted as the Public Administrator for estates and the Public Guardian in Durham County. Much of his work focused on estate planning and probate. His enjoyment of his private practice during those years, as well as his friendship with Beth Tillman, inspired him to return to those roots and join our firm. Much of his time will be spent practicing law as he did when he first began his career: serving clients by crafting estate plans and overseeing probate matters. In addition, he will continue to serve as an arbitrator, mediator, and consultant on litigation matters, especially appeals.  These are skills that he honed in more recent years as a partner with Moore & Van Allen’s RTP office.

Whichard and Tillman are glad to be working together again, closing the circle that they began to draw twenty years ago. All of our lawyers value longevity in their own relationships and work to craft estate plans that reflect and promote the same for their clients. It is part of our mission because we have felt the benefit of it in our own lives and we see the value of it in our clients’ lives. Willis Whichard is a wonderful part of that mission.